Aim For The Moon

W. Clement Stone was born in Chicago, Illinois on May 4, 1902. His father died in 1905 leaving his family in debt. In 1908 he hawked newspapers on the South Side of Chicago while his mother worked as a dressmaker. By 1915 he owned his own newsstand. In 1918 he moved to Detroit to sell casualty insurance for his mother.

Stone dropped out of high school to sell insurance full-time. He received a diploma from the YMCA Central High School in Chicago. He took courses at Detroit College of Law and Northwestern University.

Much of what is known about Stone comes from his autobiography The Success System That Never Fails. In that book, he tells of his early business life, which started with selling newspapers in restaurants. At the time, this was a novel thing to do, a departure from the typical practice of boys hawking newspapers on street corners.

At first, restaurant managers of restaurants tried to discourage him, but he gradually won them over by his politeness, charm, persistence and the fact that most restaurant patrons had no objection to this new way of selling papers.

From there, he graduated to selling insurance policies in downtown business offices. His mother managed his new career and together they were very successful.

Stone ran $100 into millions with his strong desire to succeed and by putting into practice the principles outlined in the well-known self-help book, Think and Grow Rich by Napoleon Hill.

Stone was a living example of the proverbial rags-to-riches protagonist in the Horatio Alger’s stories he loved. Eventually he became an ‘angel’ to others, lifting some from the gutter to the heights of success. One of his great success stories was Og Mandino, an alcoholic whom Stone took under his wing. The relationship led to a new life for Mandino, who became the publisher of Success Magazine. In 1978, Stone met an aggressive young securities broker named Christopher Nolan and recruited him as his Director of Education for the Entrepreneurship Forums. The forums were created by Stone to educate aspiring business owners in Chicago.

In 1919, Stone built the Combined Insurance Company of America, which provided both accident and health insurance coverage; by 1930, he had over 1000 agents selling insurance for him across the United States. By 1979, his insurance company exceeded $1 billion in assets. Combined later merged with the Ryan Insurance Group to form Aon Corporation in 1987, and Combined was later spun off by Aon to ACE Limited in April 2008 for $2.56 billion.

Stone contributed up to $10 million to President Richard Nixon’s election campaigns in 1968 and 1972; they were cited in Congressional debates after the Watergate scandal to institute campaign spending limits.

According to Tim Weiner, in One Man Against the World: The Tragedy of Richard Nixon, in 1972 President Nixon’s lawyer, Herbert Kalmbach, helped raise money for Nixon’s presidential campaign by selling ambassadorships to large donors, including “W. Clement Stone, who pledged $3 million.” Stone wanted to become ambassador to Great Britain, “which already was occupied by Ambassador Walter Annenberg, who gave $254,000 in order to stay on” (p. 160).

Stone associated with Napoleon Hill to teach the Philosophy of Personal Achievement “Science of Success” course. Stone wrote: “One of the most important days in my life was the day I began to read Think and Grow Rich in 1937. Stone said that the Bible was “the world’s greatest self-help book”.

In the last interview before his death, Stone explained the importance of PMA (Positive Mental Attitude): “A positive mental attitude is necessary for achieving worthwhile success. We in America know what it is for us, for we have inherited the tenets of the Judeo-Christian faiths on which our Constitution, laws and customs have been based…. Strive to understand and apply the Golden Rule…. Believe that any goal that doesn’t violate the laws of God or the rights of your fellow men can be achieved…”. Recalled M.L. Harris: “I attended one of the PMA rallies in Minneapolis, Minnesota, in 1976. I’ll never forget Stone, the MC of the event; and how he leapt on the stage, grabbed the microphone and shouted: I feel healthy! I feel happy! I feel terrific! It gave me goosebumps. At the time, he was 74 years old; and possessed the energy of a man in his thirties.” ~ M.L. Harris, author. 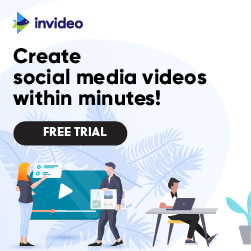 Tie Dye Digital
5.0
Based on 4 reviews

Diana Beam
15:54 03 Aug 19
If you are looking for help in implementing your marketing plans...then you must contact this group - immediately They helped us solve a payment processing problem same day.. PLUS they created a complete action plan for us to get more clients. Thank you Tie Dye

Lucy Brenton
15:49 03 Aug 19
Tie Dye Digital is great at making sure your business is highly ranked in the search engines so that you are seen by potential customers. They are professional and reliable. I have seen the results from their Facebook and social media ads and was impressed with how many responses there were versus a limited ad budget. Highly recommend!

Jules Winnfield
18:04 15 Apr 19
These guys are the best. They got me tons of leads more than I could initially handle. Google adwords, and facebook marketing geniuses. I totally recommend them.
See All Reviews